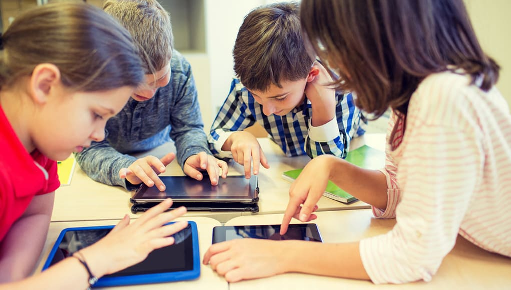 During the pandemic lockdown, people were forced to seek digital entertainment, which is how the COVID-19 pandemic transformed our connection with screens and electronics.

Even though schools have resumed, it’s nearly certain that your youngster will spend part of their leisure time playing mobile, PC, or video games.

We are not only talking about visuals when we say that video games have come a long way since the 1980s and 1990s.

There are many video games that are secretly educational and you can download them from this website right here.

So, without further ado, let’s get started on the video games that are also good from an educational perspective.

You can build your own world in this game. Players may explore, gather materials, build tools, and participate in some light warfare in Minecraft.

Players may also approach the game in a variety of ways thanks to the game’s several modes, which include survival, adventure, creative, spectator, and multiplayer.

The game doesn’t just give its players creative freedom and self-direction. Minecraft encourages collaboration as well as a desire to improve reading and arithmetic abilities.

Parents informed that children began researching biomes and calculating rations for expeditions, splitting supplies, and the number of minutes in the game to improve their skills.

The exploits of Sackboy and his buddies are chronicled in this lively little game. However, to advance to the next level, you must largely platform hop and dodge hazards in the first two games.

In addition, players may make their own levels, modify characters, and construct intricate contraptions inside a level.

Finally, gamers may upload their creations to the PlayStation Network and share them with others.

Little Big Planet was the first game in the series, which was launched in 2008, and the designers have since created numerous more. The third version, Little Big Planet 3, included three new characters, and all platforms support the game.

The Oregon Trail first appeared in the 1970s and has undergone several revisions since then. Many an afternoon was spent by my 10-year-old self attempting to transport my digital wagon 2,000 miles west to safety.

You choose a career, name your buddies, and buy supplies before embarking on your journey.

To improve your group’s chances of survival, recent improvements to the game allow you to trade, modify your wagon, and purchase food and medication.

Despite the dramatic nature of the circumstances, players quickly learn the importance of planning ahead and making decisions with the long term in mind.

Portal is similar to Little Big Planet; however, it is a little more adult. Because of certain bloodstains in the first Portal, it received a Teen classification, but Portal 2 is suitable for teens to play.

Players are placed in a secret research center and are taken through a series of perilous experiments by GLaDOS, a hilariously egotistical AI.

You have to create an entering portal in a wall, an exit portal somewhere else, then go through to complete the riddles.

The ability to modify physics and spatial restrictions allows players to progress. Just make sure you don’t fall indefinitely.

Many people have been playing these games since they first came out in 1998 because some of the stories are based on Nancy Drew novels.

The point-and-click games allow you to take on the role of Nancy and solve a case as an amateur detective.

You can play as a senior or junior detective; you’ll interrogate suspects, solve riddles, uncover clues, and navigate a variety of perilous scenarios to apprehend the criminal.

The beauty of these activities is that they educate children without them even realizing it.

There are many video games outside this list that are secretly educational, but we have only ranked the top 5 of them that justify fun and education in a balanced way.

Once you understand which video games are educational, you can let your kids play them to improve their interpersonal skills and take those to the next level.

Given that they are young and you worry about their online safety, we have mentioned only those games here that do not contain any risk to your child’s physical and mental development.

So, if you need more information on these games, let us know in the comment section below.

The Magic of Attending Concerts