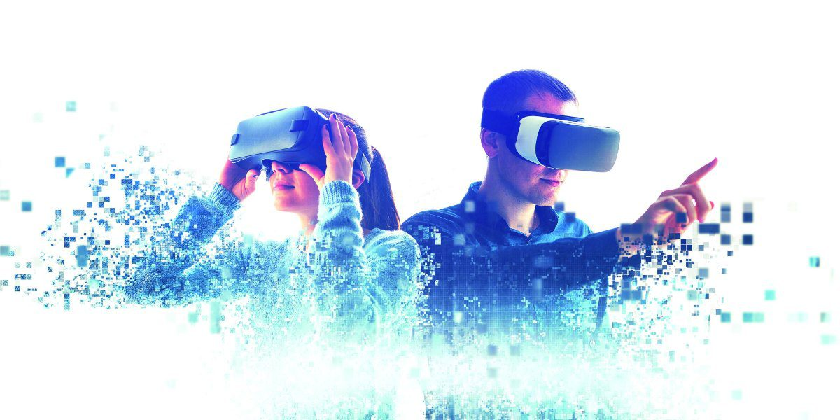 Virtual reality now touches many areas of application: from entertainment to fashion, from gaming to sports of all kinds, and at whatever level is practiced. And it is on these last two areas that we want to focus in this article. In fact, there are many changes that are affecting the world of sport and gaming, thanks to the development of new technologies, that influence in different ways also the world of business – as we have described in this article of Daily Magazines – and the innovative processes that allow athletes, amateurs, and professionals, to perform exercises and workouts absolutely real, in whatever context they are.

Until a few years ago, however, it was necessary to have a TV screen and an accessory, such as the Wii, that would allow you to practice a sport having the manual feeling of really hitting a ball, if you played for example tennis or golf, or an opponent, as in the case of boxing; today it is enough to wear a visor to find yourself completely immersed with the whole body in a dimension made of sweat and fatigue. It is called virtual fitness and already seven out of ten Americans, according to research, consider it practically the training of the future: many now prefer to do activities at home instead of going to the gym. You can also interact with other people using your avatar, choose the musculature that most represents reality and apply it in so-called virtual workouts, exercise bikes or other activities that use fitness rooms.

But virtual reality does not only affect the world of sports: the fields of digital application were already quite large in sectors such as eSports or gaming. The game experience has gradually changed in favor of greater connection and interactivity between participants. Even just wearing headsets with microphones you can face challenges by constantly communicating with your opponents and companions, even if they are located on the other side of the world. And the future seems to bring more and more towards the disappearance of accessories such as joypads or headphones and the increasingly frequent use of headsets that allow you to simulate the gaming experience in a completely realistic way, almost immersing yourself completely inside it and giving the impression of playing with an avatar that represents your body in a parallel dimension. And all this applies to any type of game: from dynamic ones to those of logic.

So not only videogames and console games: virtual reality is transforming more and more quickly even the world of online casinos and the way you can “sit” at a table makes the experience more similar to the physical. Thanks to platforms such as VegasSlotsOnline you can know which slots and casino sites allow you to play in a completely safe and legal, being able to choose only from those that exhibit regular license ADM. Many of these portals have already approached virtual reality and the experience of the game has become increasingly realistic and almost “physical” despite it is not; environments and locations that allow you to immerse yourself in the game, with an interaction never seen before.

In short, we can safely say that “playing” can no longer be understood in the traditional sense of the term, as a simple pastime or leisure, but as the evolution of something still very difficult to define with precision and accuracy. Diving into another world that, in every way, replicates that material, cannot in fact be trivialized and it is right to wonder about the positive, but also negative, effects that this development has on our lives. The boundary between virtual and real becomes thinner and extends with extreme rapidity.

From sports like football or Formula 1 and motorcycling, where many riders already use simulations in training, going through tennis, and any other form of entertainment where you can compete with other opponents or simply against yourself. From slots to cards, from billiards to bowling, again we talk about environments now increasingly projected towards a parallel dimension that allows you to live totally immersed in the game, with an avatar that reproduces the movements of the body in a digital reality almost completely similar to the real one.

What are the benefits of availing pest control service?

All That You Need to Know About Winning the Jackpot

Escape From Tarkov Hacks – How to Win Escape FromTarkov Without Cheating