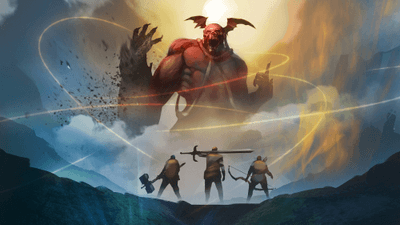 With its regional success in Asia, Lost Ark seeks to expand its player base to western regions. As the game is set to launch on February 11, the popular Korean ARPG seeks to be the next big MMO.

With interesting gameplay and gorgeous graphics, gamers are wondering what’s in store for Lost Ark. The hit Korean ARPG has already made waves and found huge success in South Korea. However, Smilegate RPG is not stepping on any brakes and is looking to launch the game on global servers. With hundreds, if not thousands, of beta testers showing how viable the game is for western viewers, the locally popular ARPG is going to make a huge splash once it hits globally. Gamers will soon be able to create Lost Ark accounts to experience the world of Arkesia.

What is Lost Ark?

Lost Ark is an incredible ARPG that is very similar to other popular titles such as Path of Exiles and Diablo. The game is set in the fictional world of Arkesia where players with Lost Ark accounts are plunged into the world’s conflict against a chaotic and apocalyptic force known as Kazeros. As the world-ending entity attempts to escape through the eruption of the volcano in which it is imprisoned, it is up to the players to battle the demonic horde and stop Kazeros from ending all existence. To do this, gamers will have to set sail, battle thousands of demons, and search for the Lost Ark to release its content which will aid them in their fight.

Unlike other ARPGs that are currently playable in Western regions., Lost Ark has only been available in Korea and other Asian regions with Beta servers and PBE servers available in selected western countries. Despite this setting, the game has found massive success in its current market. With high hopes for the game, Smilegate has partnered with Amazon Games to release the Korean ARPG to Western gamers.

A Preview of Lost Ark

The Smilegate RPG’s gameplay is closest to Path of Exile. The game features an isometric perspective set in a more radiant and natural-looking landscape, scenery, and lighting which is in contrast with Diablo 3 and PoE’s dark and gloomy atmosphere. The game also follows a free-to-play model similar to PoE to ensure that it gains the maximum number of players it can host.

In the gamer’s quest to find the Lost Ark, players have the chance to explore seven continents and battle different types of enemies and demons. There will be diverse ways on how to dispatch these mobs that block the gamer’s path towards the ark. Players can use various characters with different base classes. Each class will have different skills sets and gameplay. Here is the list of the base classes in the game:

These are the classes that players can start with when they create their characters. As gamers progress through the game, they can enhance their abilities and skills even further by upgrading their base jobs to advance classes. Here is the list of advanced classes for each job:

Lost Ark features numerous classes, and fortunately for players, they can have multiple characters. Having multiple playable characters ensures that gamers will have variety in their gameplay and explore other opportunities.

The game is set to launch in western regions on February 11, 2022. However, players who can’t wait to farm Lost Ark gold can play it three days ahead of time on February 8 if they purchase Founder’s Packs. Gain an advantage by buying the cheapest Bronze Founder’s Pack or the expensive Platinum Founder’s Pack.

Things to keep in mind while going to the Gym

Buy These 14 Things Before You Move To Your New Home

Escape From Tarkov Hacks – How to Win Escape FromTarkov Without Cheating