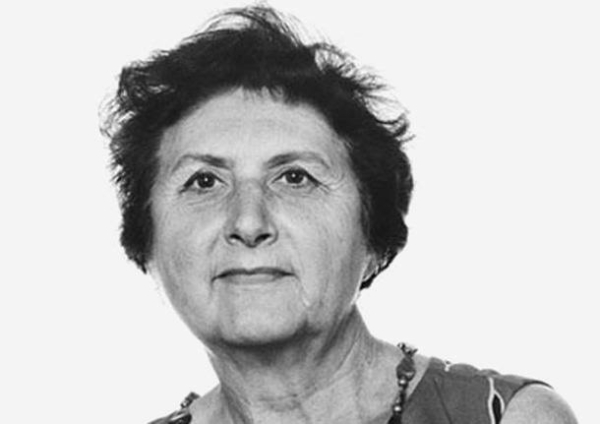 The daughter of a doctor and a piano teacher, María De Los ÁngelesAlvariño González was a restless girl, always eager to learn, as she demonstrated during her high school studies in Santiago. She then moved to Madrid to study natural sciences, but the close relationship that she maintained with nature throughout her life was forged long before, during her childhood. Even on the day of her birth, October 3, 1916, it was a stormy day, “with strong winds, big waves and moitachuvia,” as Alberto Gonzalo-Garcés, a researcher at the Spanish Oceanographic Institute in Vigo and author of the book Angeles Alvario González, a world-renowned marine researcher, put it. “It was always said that those conditions forged his character,” Xavier Fonseca told the editor of this newspaper three years ago.

María De Los ÁngelesAlvariño González spent afternoons and afternoons on Donios beach, facing the Atlantic, curious, looking at the sea. She always tried to stay as close to the coast as possible, and after being forced to temporarily abandon her higher education at the start of the Civil War, she returned to her hometown, where she devoted herself to learning German, English, and French, but where she also began to investigate the Galician coast. When the war was over, she returned to Madrid, where she finished her degree, she married the captain of the Navy, Eugenio LeiraManso, and at the age of 34 she joined the Spanish Institute of Oceanography (IEO) as a fellow, where her husband was stationed. Two years later, she got a position as a biologist at the Vigo Oceanographic Center and focused on the study of zooplankton (animals that float in salty or fresh water). She discovered 22 new species of plankton, of which two are named after her.

María De Los ÁngelesAlvariño González’s works were so brilliant that they did not go unnoticed, and after passing through the Marine Biological Association Laboratory in the United Kingdom, she became the first woman scientist on board a ship in 1953.British research In 1956, she packed her bags again and went to the United States, where, backed by Mary Sears, another pioneer in this field, she began working at the Scripps Institution of Oceanography in La Jolla, California, where she remained until 1970. “An innovation she or more important in her career. She discovered new things that at that time were unknown to two oceans, “says Gonzalo-Garcés. And she adds: “She was also a pioneer in claiming two rights of scientific women, not referring to equal pay when she worked in the United States. She even made a formal claim requesting that her salary be the same as two of her male colleagues’. 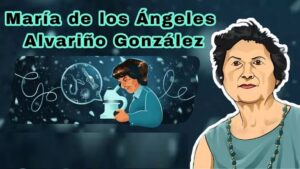 Since 2012, her name is also that of the oceanographic ship Angeles Alvario, a ship dedicated to research with 47 metres in length. In 2015, the Royal Galician Academy of Sciences honoured María De Los ÁngelesAlvariño González by dedicating the Day of Science in Galicia to her.worked in the United States. She even made a formal claim requesting that her salaries be the same as two of her male colleagues’.

Since 2012, her name is also that of the oceanographic ship ÁngelesAlvariño, a ship dedicated to research with 47 meters in length. In 2015, the Royal Galician Academy of Sciences honored María de losÁngelesAlvariño González by dedicating the Day of Science in Galicia to her.

Despite having died on May 29, 2005 in the United States, her work and research have been praised throughout the scientific community and she is considered one of the most important scientists of all time.

Question : Who is María de los Angeles Alvariño González? Why is she famous?

Answer : María de losÁngelesAlvariño González was born on October 3, 1916 in Serantes (Ferrol, La Coruña). The passion of a young ÁngelesAlvariño for science and natural history began with her father’s library and deepened as she dedicated herself to researching the coastal oceanography of her town. Although the Spanish Institute of Oceanography (IEO) only accepted men during those years, ÁngelesAlvariño’s university work impressed the organization that appointed her as a marine biologist in 1952.

Question : What was her research about?

Answer : During her time at the IEO Oceanographic Center of Vigo, she began her pioneering research on zooplankton, small organisms that serve as the base of the oceanic food chain, and identified different species as the best indicators of the health of the oceans.

Question : What was her connect with British Council?

Answer : In 1953, the British Council awarded ÁngelesAlvariño a scholarship that made her the first woman to work as a scientist aboard a British research vessel. Quite an achievement.

Question : Where did she went for higher studies?

Answer : After several maritime expeditions, she decided to expand her knowledge in the United States, where she retired in 1987 and was recognized as one of the most prestigious marine biologists in the world.

Question : What are her achievements?

Answer : In addition to the rigorous research of María de losÁngelesAlvariño González, including the discovery of 22 new species of zooplankton and the publication of more than 100 scientific articles, she gave lectures in Brazil, the United States and Mexico.

Question : Where does she stand in the world scientists race?

Answer : Currently, Dr.ÁngelesAlvariño is the only Spanish scientist out of 1,000 in the “Encyclopedia of World Scientists”, and a modern research vessel in the IEO fleet bears her name.

A woman like her will always be an inspiration and motivation for kids who aspire to be scientists and follow their passion. Her story teaches us about the importance of focus, hard work, and curiosity needed to achieve the goal of life. She gave us a discovery to study and bring out more discoveries for the world.

Best Heating For Kitchens In 2022