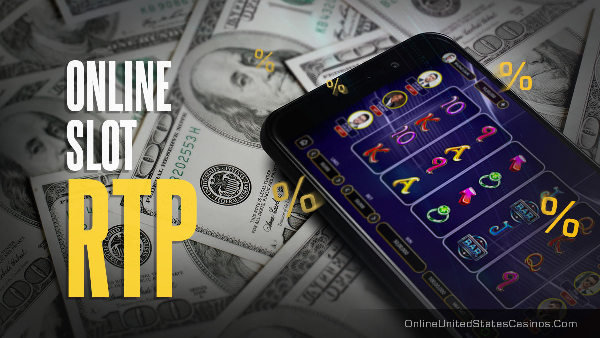 When someone decides to see if good fortune is on their side in a gambling game, in most cases, the first thing they ask about is the odds in play. Well, concerning online sites, they learn this information by looking up a reel-spinning spec titled return-to-player, or RTP, for short. Does RTP specify the winning chances a gaming product offers? Yes. It does this via a reverse percentage format than the wildly famous house edge, which depicts the advantage casinos have over their players on specific games.

For example, the default house advantage in blackjack is 2%, which translates to an RTP of 98%. Those are unusually low odds for most online slots, primarily due to the smaller bet sizes offered in these games and the speed with which they can get played. Betting rounds transpire unreasonably fast when reel-spinning action heats up. Thankfully, such titles, and ones with even higher return-to-player percentages than 98%, exist. So the supply of recommended RTP slot games that should yield prizes with some degree of regularity is minimal. Below, we get into a few aspects of this super vital game spec while also rattling off five reel spinners that deliver above-average winning probabilities.

Do Online Slots Have Higher RTPs?

Yes, that gets owed to the lower overhead costs online casinos have compared to land-based venues. Naturally, running a physical gaming establishment costs more than having one live on the World Wide Web. Because of this, most gambling regulators allow the operators of such locales to feature slot machines with RTPs that often go down to 75%. New Jersey’s Division of Gaming Enforcement implements this rule. Online licensors, like the Malta Gaming Authority, on the other hand, obligate their licensees to have an RTP limit of 85%, which recently lowered it to this percentage from 92%. Many other reputable bodies licensing and overseeing interactive gaming sites have kept their minimum boundary above the 90% mark.

Do Jackpot Slots Have Low RTPs?

That is true. It is due to most jackpot games being high-variance ones, meaning, in addition to their mega prize, they payout substantial rewards but seldom. That is why they have high max bet limits because they get favored by high-rollers. There is no slow and steady approach to enjoying jackpot spinners. It is about going for it with these products, chasing after the grand enchilada. As a rule of thumb, they almost always have RTP settings in the low 90%, and rarely will this percentage surpass 95%.

In the digital sphere, the average RTP of slots falls in the 95% to 96% range. Anything over 97% gets considered a high RTP game and one that should frequently get played, as it provides a decent return on investment potential. Here are five such picks.

At the Copa is a Betsoft spinner that hit the internet in 2012, featuring a medium variance, thirty paylines, and an RTP of 97.42%. It has a flamingo dancing theme, accepting bets as low as $0.2 and ones that go up to $150. The max payout of this Betsoft product stands at a shocking 430,000 coins.

Gamblers will likely find RTG’s Meerkat Misfits on any new list of online slots ranked by RTP near its top. That will be so since this is a mid-2022 release with an RTP of 97.3%, high variance, and a max win of 2,000x a player’s stake. Note that the max wager here is $7.5. Therefore, while this game has favorable odds, it does not deliver much in terms of a life-altering reward.

Here is a Concept Gaming 97.24% RTP slot that implements a 5×3 layout and twenty paylines. It is a creative take on the fruit machine concept utilizing a Polynesian island setting. Fruit Loot Reboot has gotten loaded with bonus features, and inside its Mega Free Spins, gamblers can get all their winning combos boosted by a 3x multiplier.

In April of 2021, Woohoo unleashed Gold Rush Gus on the world, a game with a staggering 98.48% RTP attached. Its max exposure is 1,000x on a top wager of $100, but its Multiplier Free Spins and Lava Respins make this product very addictive.

Another medium variance slot from Betsoft makes our list. Jungle Stripes’ RTP is 97.03%, so slightly lower than At the Copa, but its ten paylines pay both ways, and this game has gotten blessed with an exciting expanding sticky wild respins feature that makes every session on it feel super dynamic. Along with a high hit frequency of 21.87, this combo is enough for anyone to ignore this game’s low max win of 500x.

How to Choose the Best Organic Formula For My Little One

The Truth About the Martingale Strategy: Is It Effective or Not?