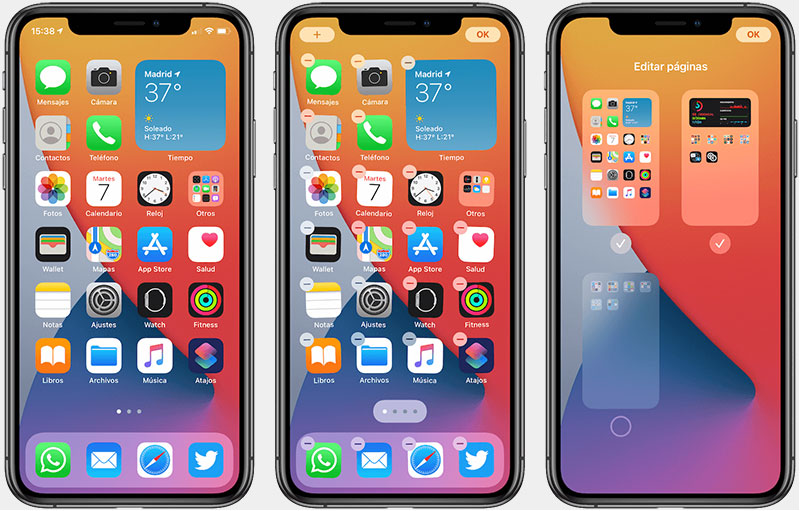 In June 2021, Apple announced iOS 15, the latest version of its iOS operating system, which will be launched in the fall. Redesigned FaceTime capabilities, tools to decrease distractions, a new notifications experience, enhanced privacy features, entire redesigns for Safari, Weather, and Maps, and more are all included in iOS 15. In iOS 15, notifications have been revamped to include contact photographs for people and larger app icons. A notification summary collects notifications in one place for distribution at a convenient time and organizes them by importance to reduce distraction.

Focus is a new feature that allows users to limit notifications and apps based on what they want to concentrate on at any given time. When a user’s Focus is set to block incoming alerts, their status in Messages will be visible to others. Using on-device intelligence, iOS will propose a Focus for certain times, like as work hours or calming down for bedtime, but users can also design a personalized Focus. When you set a Focus on one Apple device, it applies to all other Apple devices as well

Safari now has a whole new look. Controls are now easier to access with one hand, allowing users to focus more on the content of a webpage. Users may now effortlessly slide between tabs thanks to a new, condensed tab bar that hovers at the bottom of the screen. Tab Groups enable users to keep tabs and access them from any device at any time. For the first time, there is also a customized start page and web extensions.

Voice isolation and Spatial Audio have been added to FaceTime calls in iOS 15, so that sounds sound as if they are originating from where the person is on the screen. FaceTime now supports Portrait mode, as well as a new grid view that allows you to see more faces at once. During a FaceTime chat, SharePlay is a new function that allows users to share media in real time. Users can also create shareable links to a scheduled FaceTime call that can be accessed from Android and Windows devices.

In iOS 15, the Weather app has been revamped to include more graphical weather data displays, full-screen maps, and dynamic layouts that alter based on weather conditions. New animated backgrounds can now more closely depict the position of the sun and current precipitation, and there are notifications to indicate when rain or snow begins and ends.

In iOS 15, the Wallet app now supports new key types, such as residences, offices, and hotel rooms. Customers in participating US states will be able to add their driver’s license or state ID to the Wallet app later this year.

Memories has been updated with a new style and an interactive interface in the Photos app. Memories now has an Apple Music connection, which uses on-device intelligence to suggest songs for tailored Memories.

Live Text is a new tool that recognises text in a photo and allows users to search for, highlight, and copy it using on-device intelligence. Spotlight now has the ability to search for photos based on location, people, scenes, objects, and text. Spotlight also has an online picture search feature for actors, musicians, TV shows, and movies, as well as more detailed results. Contacts with enhanced results can see recent discussions, shared photographs, and their location if they’ve shared it using Find My.

New privacy features in iOS 15 include processing Siri requests directly on the iPhone, which improves responsiveness, Mail Privacy Protection, which prevents senders from knowing if an email has been opened and detecting a recipient’s IP address, and an App Privacy Report view, which shows how often apps use the permissions they have been granted.

iOS 15 is presently only accessible to developers and public beta testers as a preview beta release. The profile for the iOS 15 beta can be downloaded from the Apple Developer Center by registered developers, and once installed, beta updates will be available over the air. Apple has released a public beta of iOS 15 for testing at beta.apple.com. Because this is early release software, there may be glitches or issues, it’s best to install iOS 15 on a secondary device.

What is the Average Life Span of a Central Air Unit