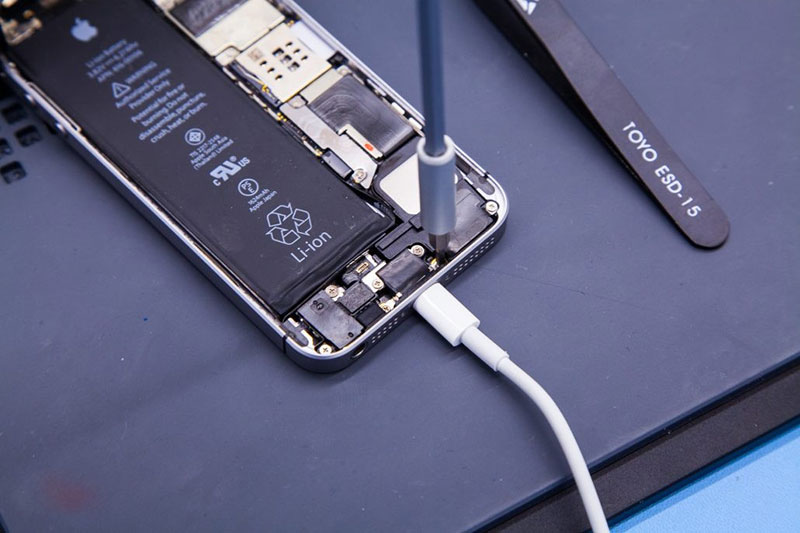 To stay alive and work properly, your mobile device requires adequate, constant charging, just like humans need food and drink to stay alive. We all get ill now and then. Similarly, our cellphones get ill and stop performing correctly.

Do not attempt to repair your phone’s charge port on your own, despite what some do-it-yourself enthusiasts may say, you should always consult a cell phone repair expert.

The Samsung Galaxy smartphone line is one of the most popular in the world, and it is used by a large number of people. It’s simple to understand why: Samsung Galaxy phones are sleek and stylish, and they’re powered by cutting-edge technology. However, expecting the Samsung Galaxy devices to be impermeable and impervious is unrealistic.

The charger port is one portion of the phone that has a tendency to break down on sometimes. This is the little hole on the bottom of the phone where you may plug in your charger to charge the battery. It’s clear to see why this portion is so important: if the charger port fails, you won’t be able to charge your battery.

When Your Phone Needs a Charger Port Replacement

Your Phone is Not Charging

The first indicator is the most obvious: you can’t charge your Samsung Galaxy smartphone for some reason, even if the charger is correctly connected to the charging port and a wall socket. The health of the charger cable and the wall socket are two items to keep in mind when diagnosing your Samsung Galaxy Charger Port. It’s possible that your charger port is perfectly functional, but the cable or socket is malfunctioning.

However, if the cable and socket are both working properly and the phone still won’t charge, it’s possible that the Samsung Galaxy charger port has failed and needs to be replaced if the phone is to continue working.

You have detected moisture in Samsung Galaxy Charger Port

Who does not know that water and electronics are not a good combination. When an electronic device comes in contact with water, it is one of the simplest ways to destroy it. Even a small amount of water can cause harm to electronics, which are notoriously prone to water damage. This is why, even if your Samsung Galaxy smartphone is labelled as “waterproof,” it’s critical to keep it away from water. So, if moisture is discovered in the Samsung Galaxy charging port, it is likely that you will need to replace it. But first, you should check to make sure everything is working properly by wiping away any remaining wet with a dry towel and allowing the charging port to air dry. After that, try charging your phone.

Finally, any kind of mechanical damage can be a fairly clear reason for failure. Due to physical trauma, such as the phone striking the ground, the charger port can get damaged. If the charging port appears to be damaged from your perspective, it is likely that it will need to be replaced. Furthermore, the harm may not be visible to the naked eye, yet it is still there. It’s recommended to have a professional examine your Samsung Galaxy’s charger port, and if it’s broken, you may have it replaced.

Explained above are some of the most common and evident signs that you might need to replace the port of your Samsung Galaxy handset. Fortunately, this is a simple and affordable procedure, and the charging port may be readily replaced with a new, fully functional one.

How Much Plastic Is In Your Phone