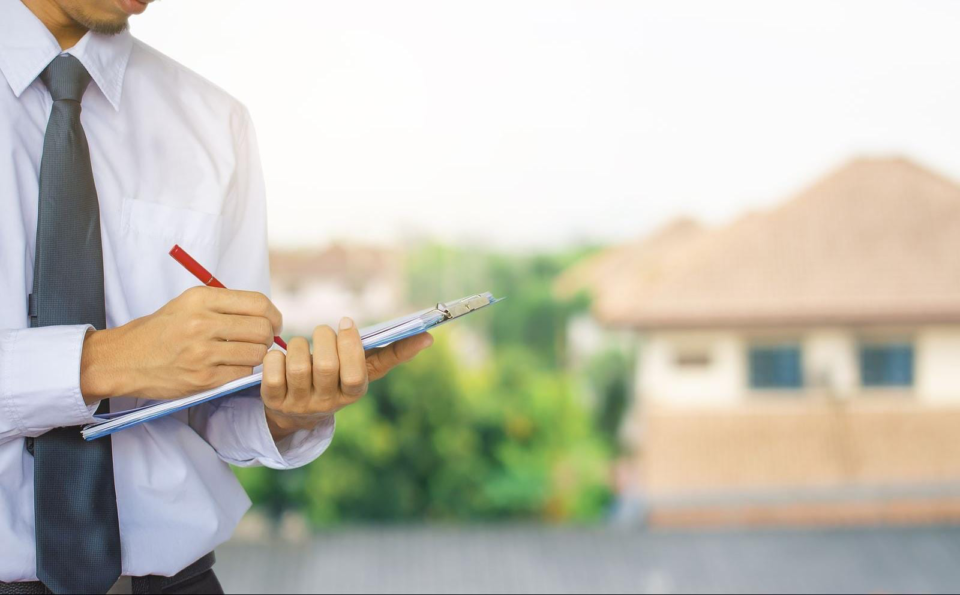 Did you know? That an inspection is not just residential but can be commercial as well and on an even bigger scale. The main question that comes to the owner of the commercial building or someone who is about to buy one is that why do we need an inspection? If you already own a commercial building, it is inevitable for you to avoid such important things because the problems that come with the structural issues of a commercial building can only be eradicated if you get inspections done regularly to be sure that no such issue prevails which will hinder your work and cost you thousands of dollars for repairs or can be a major threat to your health too.

Sounds unrealistic? Well, let’s take an issue for example Radon and Termites. We have taken these two examples because one explains how problems hidden inside your home can be a health issue or an unexpected expenditure on the structure of your house.

Radon is a radioactive gas found on earth due to the breakdown of uranium. Radon testing in North Richland Hills allows the property owners to be sure that their property is safe and they do not have an issue like an abundance of radon present inside their property. It does not matter if the property is residential or commercial because if it is residential then the health of the family members is at risk and if it is commercial then the health of the people working there is at risk too hence to eradicate all such threats, a proper radon inspection, testing and then mitigation is needed if required. Radon mitigation is the process of getting rid of excessive amounts of radon inside a residential or commercial property.

As it is mentioned already that radon is involved in causing health issues but did you know? That radon is the number one cause of lung cancer in non-smokers? This means that if you are exposed to high amounts of radon for an elongated period then this can be a great issue for your respiratory health hence proper care and remedies should be considered if you hold your and your family’s health dear.

Now let’s move on to a structural threat to our properties.

Termites are wood-destroying insects that linger on at your property for many years and when we get to know about the damage they have caused, it is always too late because to cause substantial damage, termites require three to five years and in this time, so much of damage is done that it costs thousands of dollars to repair. If you are a resident of Dallas, you must know that the major portion of the houses and buildings there is made of wood hence termites find plenty of food to eat and in return leave our structures hollow.

Our main advice remains that if you already own a commercial property, it is extremely important to get regular inspections done annually to make sure that your major investment is safe in your hands because you have no one else to blame when something like this happens and all the money will be taken from your pocket only for the repairs.

Now let’s take a look at another situation, which is when you do not own property but looking to buy one and you like an option as well, what is the importance of a property inspection here?

Buying a commercial property is a greater investment than just buying a home as the area is comparatively larger and you have pressing issues to deal with. Getting an inspection done for such property is also very important due to various reasons. Let us take an example of the same problem i.e termites and proceed forward with it.

Example: There is a greater possibility of the presence of termites in such a big property and even more possibility of any activity going unnoticed. Similarly, radon is something that we cannot see and the symptoms are also not revealed for a long time hence it is very important to get it inspected by professional commercial property inspectors who are apt in dealing with such problems because the symptoms can be in front of our eyes and we may still not notice them but the eyes of an expert cannot be deceived. The major reason remains to see if there is such a problem present before buying the property because it can prove to be very helpful. For example, if you are about to buy a property and you find out that there are such issues caused by termites and they may have caused some damage as well so the seller should compensate for everything. There can be two choices, either the seller pays for all the damages that occurred or he must reduce the price of the purchase. In both cases, we can save thousands of dollars hence it is very important to get this done. Another main reason behind promoting this is to protect your investment. How will you feel when you bought a property a few months back and then after some months, there are another thousands of dollars of expense to cope with the damage caused by termites which could have been avoided if you got the inspection first which only costs a few hundred dollars. Termite Inspection Dallas Tx allows the residents and businessmen of the area to get their homes and commercial properties inspected before any dealings and saves them a lot of dollars so if you are an owner already or about to make a big investment in a commercial property, we would recommend you to get an inspection done first. Similarly, a radon inspection is helpful in the same way and many other problems which are not mentioned here but if taken seriously, they can save us from a lot of loss.

How to Choose the Right Construction Cleanup Service

Top Incredible Factors to Have In Mind When Buying a House

Creative Ways To Transform Your Bathroom Into Your Dream Space

Tips about finding a rental apartment in Calgary